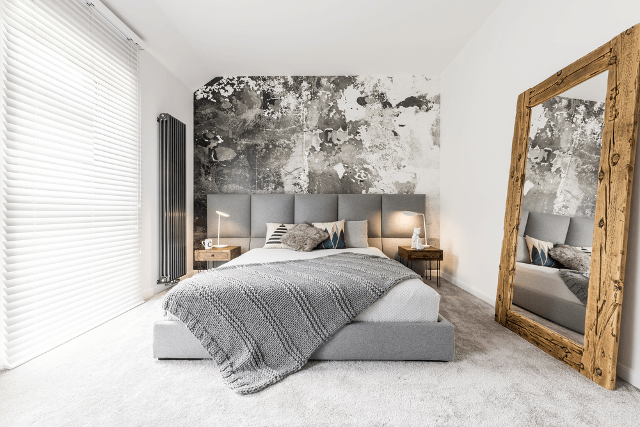 There are many uses for large mirrors in the home, but the biggest reason people get them is to give them more space.

While they can’t actually add more space to your home, they can give the illusion of more space, which is calming to the mind. Even when you know there really isn’t any more room to move around in than you had before the mirrors were installed, it feels like there is.

Living in small places can mess with the mind at times, and adding mirrors for the illusion of space can be a sanity saver, especially if you spend a lot of time at home.

Generally, people install large mirrors in their living rooms, dining rooms, or bedrooms. They are rarely put into hallways and very small rooms like bathrooms because they can be disorienting and can even be dangerous in those spaces.

Those in bathrooms are almost impossible to keep clean. In the larger rooms, however, those large mirrors give the illusion that there is another room there. Again, there isn’t any more space, but it feels like there is. This is not a trick many use, but some find this is what helps when they cannot move for one reason or another.

Large mirrors in the bedroom are not for the shy. Those who have body issues may find them too distracting when they are intimate with their spouse. It can be easy to overcome your own vision of your body, but when you see it in a mirror when in bed or when dressing, it can really make someone miserable after a while.

If you want larger mirrors in your bedroom, think about how well both you and your spouse (if you have one) will feel about seeing themselves day after day and night after night. They can be a great addition, but only for some couples.

Probably one of the most important things about large mirrors is to keep them clean. If you let them go, they are going to take away from the beauty of your home rather than add to it. It is very easy for these to get dirty from day to day activities, and the dirt and grime is twice as visible to anyone looking at the mirror.

They should be cleaned at least twice a week. You can use commercial cleaners if you want, but many find that a mixture of vinegar and water actually cleans better and it also leaves less streaks. It doesn’t really matter what you use, as long as you remember to clean your large mirrors often.